Phoenix: A Smart City To Build Your Tech Career

Phoenix: A Smart City To Build Your Tech Career

Silicon Valley has long been a Mecca for all technology graduates, but the high cost of living and intense competition has led many tech companies to expand outside of the area, and even outside of the state to attract the best and brightest talent. 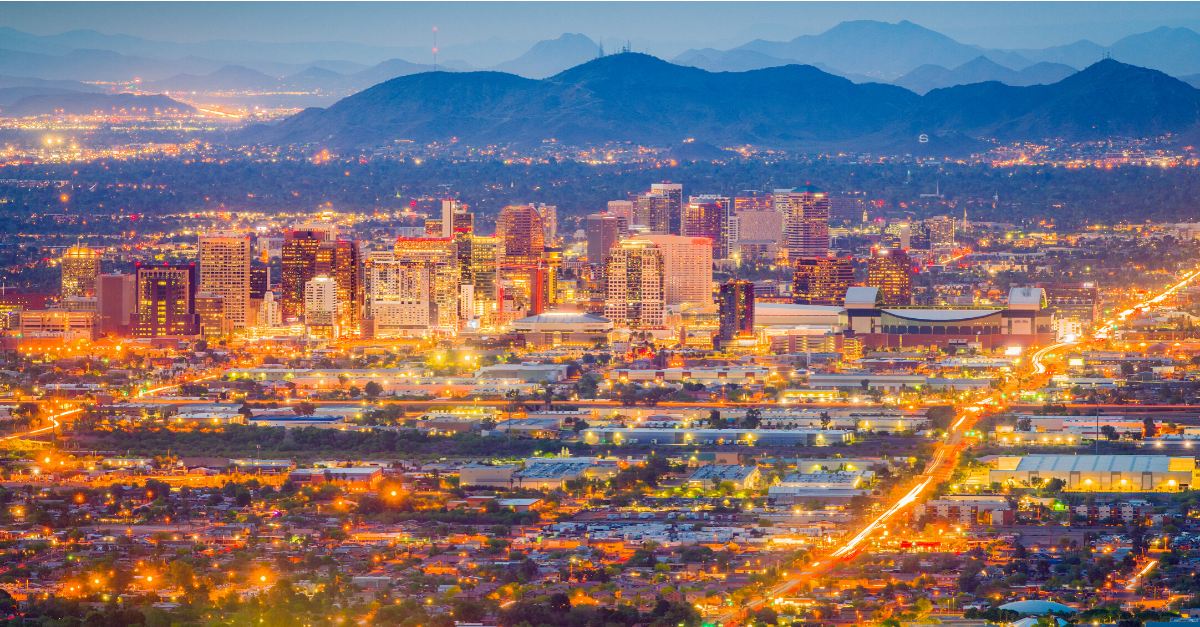 “A Phoenix resident earning an annual salary of $50,000 would have to earn $91,275 in San Francisco to maintain a similar quality of life.” http://aztechconnect.com/rise-silicon-desert-tech-companies-moving/

Phoenix, home to leading tech companies such as GoDaddy, Yelp, PayPal, and Shutterfly, has been the headquarters of Tech One IT since inception, and for very good reason.

At the start of COVID-19, Zoom Video Communications Inc (ZM.O) emerged as the most important company for keeping us all connected. While the company quickly faced a few privacy flaws, they also managed to handle these hiccups and many more without pause. The explosion of the platform’s use – going from 10 million daily users to 300 million daily users in a 3-month period  – led to a rapid expansion for the company. Although they are headquartered in San Jose, they chose Phoenix for their new offices because the cost of living in San Jose is too high for the average employee (median home prices are a staggering $1 million). Phoenix as chosen specifically for the proximity to Arizona State University and Carnegie Mellon graduates.

Phoenix – one of the top ten cities for technology

According to Indeed.com, Phoenix is one of the top 10 cities in the country for technology graduates trying to get the best start to their careers.

“Emerging as one of Silicon Valley’s unlikely competitors, Phoenix’s “Silicon Desert,” has been named one of the top 12 cities for tech hiring in 2018. The city offers an average tech salary of over $92,000 and boasts an impressive tech job growth of 188% in the past year alone. Taking notice of this fast growth, Apple recently built a $2 billion global data command center in the area, which is sure to catch the attention of other high-tech leaders looking to take advantage of Arizona’s wide-open spaces and burgeoning tech talent pool.” Indeed.com

In 2017, the Bill Gates subsidiary Mt. Lemmon Holdings looked to Arizona for a new initiative, purchasing 24,800 acres in a desolate area called Belmont, approximately 40 miles west of Phoenix, followed by an additional 2,800 acres of land in Buckeye, Arizona approximately 39 miles from Phoenix.

Although no specifics or schedule have been announced, the collective belief is that the city is “planned to be designed with high-speed networks, accommodate autonomous vehicles, high-speed digital networks, high tech data centers, new manufacturing technologies and autonomous logistics hubs.” http://smartcityaz.com/

“Over the last several years, EdTech startups in Arizona have garnered national attention and captured millions of dollars in venture capital from states across the nation. The success of existing EdTech companies, improving entrepreneurial ecosystems, school choice environment and strong universities has created a large and growing cluster of EdTech companies in Phoenix, according to local leaders.”

Tech One IT works closely with many of the leading EdTech organizations in the Phoenix area. The constant flow of well-qualified and innovative technology graduates, mixed with the job opportunities for recent graduates has led our Technology Apprenticeship Program to lead the charge when it comes to options for getting your foot in the door at one of the larger tech organizations.

In 2019, Arizona State University claimed the title “most innovative school in America” for the fifth year in a row. In addition, alternative educational institutions like Devmountain, and Trilogy Education are enticing not just students, but furthering the reputation of Phoenix as a technology hub, which in turn, is bringing more business to the area. In 2019 and 2020, many silicon valley companies expanded their presence in the area, including Silicon Valley Bank, Door Dash, and NortonLifeLock

From climate to business, from innovation to culture, Arizona has everything that a tech employee could wish for to forward their career opportunities. If you are interested in finding a new position in the Phoenix area, We have a ton of open jobs and other opportunities through our Technology Apprenticeship Program (TAP). Get in touch today to get started: